Ljubljana, May 20, 2018 – On the occasion of the first celebrations of the World Beekeeping Day, Slovenia organized an international ministerial conference in Ljubljana on the importance of bees and other pollinators for sustainable agriculture and food security. The Slovak Republic was represented by the Deputy Prime Minister and Minister of Agriculture and Rural Development Mrs. Gabriela Matečná.

„Every third spoon of food depends on pollination. Pollination is not only about a number of important staple foods, it also contributes to the nutrition of people in terms of diversity and better food quality. The international study estimates that annual global food production, which depends on pollination, is worth up to $ 577 billion. By pollinating agricultural plants, honey bees also provide important opportunities for job creation and income for farmers in rural areas, especially for small and family farms in the poorest and the most isolated communities. Apiculture and bee products such as honey, beeswax, pollen and propolis are valued in every society and have their place in the markets. In addition, beekeeping can generate revenue in connection with tourism and medicine," Minister Mrs. Gabriela Matečná said.

Bees are present in almost all terrestrial ecosystems of the world. Nearly 90% of the world's species of flowering plants depend completely, or at least partially, on pollination by animals. In addition to being important for pollination, they are important indicators of the state of the environment, including responses to global warming. Biodiversity in the farmland can provide important pollination and reared pollinators can serve as a form of insurance against the risks of pests and diseases.

An important issue, that needs to be tackled urgently, is the worldwide decline in the diversity and densities of pollinators. Studies by the world-recognized United Nations Organization and the International Union for Conservation of Nature show that the populations of bees and other pollinators have significantly decreased, thereby becoming more and more endangered, thus endangering the permanent provision of pollinating services. This is caused by many factors that are the result of human activity, such as intensive agriculture, widespread and excessive use of pesticides and pollution. Recently, therefore, the European Union is discussing the ban on the use of neonicotinoids in agriculture. Therefore, already in 2010 Slovak agro-sector initially limited the use of preparations containing these substances.

Bees are exposed to new diseases and pests. Bee's environment is shrinking due to the ever-growing world human population. Their survival and development is also threatened by climate change. Extinction of bees and other pollinators can have drastic consequences for the global ecosystem and humanity. Research has also shown that pollinators can survive in the agricultural environment and even in urban environments, as biotopes are diverse and pesticides do not significantly affect them. Thus, there is good scope for synergy between biodiversity in the form of pollinators and sustainable agriculture and human biotopes.

„In Slovakia, we currently have registered 281,000 bee colonies, of which 26,600 are nomadic hives. Approximately 9,5% of the nomadic hives are moved to the crop. Of the total number of plants, more than 80% are insect-pollinated, the rest accounts for a pollination with wind, the species pollinating in another way is a negligible part. Of the insects, the bee participation in the overall representation of the pollinators is about 73%, 21% bumblebee and 6% reclusive bees and other insects,“ said Mr. Štefan Ryba, General Director of Agriculture Section - Ministry of Agriculture and Rural Development of the Slovak Republic. Slovak agro-resort records in the country only 51 beekeepers with more than 150 hives. And it can be said that this is their main income, so their main income is from bee breeding. The other 799 beekeepers have more than 50 hives and less than 150 hives. Other beekeepers (who have fewer than 50 colonies), treat bees as a side-activity or just as a hobby. In Slovakia, we currently have 18,251 registered beekeepers.

The Slovak Republic supports beekeeping also financially. It is the most important factor in pollination of agricultural crops to increase them. The subsidy can be granted up to 4 euros per colony, the Ministry allocated € 500,000 from the budget of the Ministry in 2017. Out of this amount, every beekeeper is paid through the beekeeping associations for every single managed bee-colony.  Average is based on one bee family and a year of 1.80 € for individuals. From the National Stabilization and Development Program of Slovak beekeeping in the chapter "Rationalization of the seasonal movement of the bee colonies" is the possibility of financing the shifted hives to lay poultry by amount up to € 3 / per nomadic colony. Also for the purchase of shifting equipment and equipment for protection and signaling against theft of hives and their damage. Purchased equipment may be subsidized by amount up to 40% of the purchase price. Overall, almost 1.2 million Euros are available in the National Program, to be paid equally by the European Union and Slovakia.

„In the long term, beekeeping among young people in Slovakia is declined in interest, with pollinating activities of bees being of great importance for the entire ecosystem. Therefore, the objective is also by the financial support to reverse this unfavorable situation. The effectiveness of aid delivery is confirmed by gradual increase in the number of bee colonies and beekeepers in Slovakia, "concluded Minister Mrs. Gabriela Matečná. 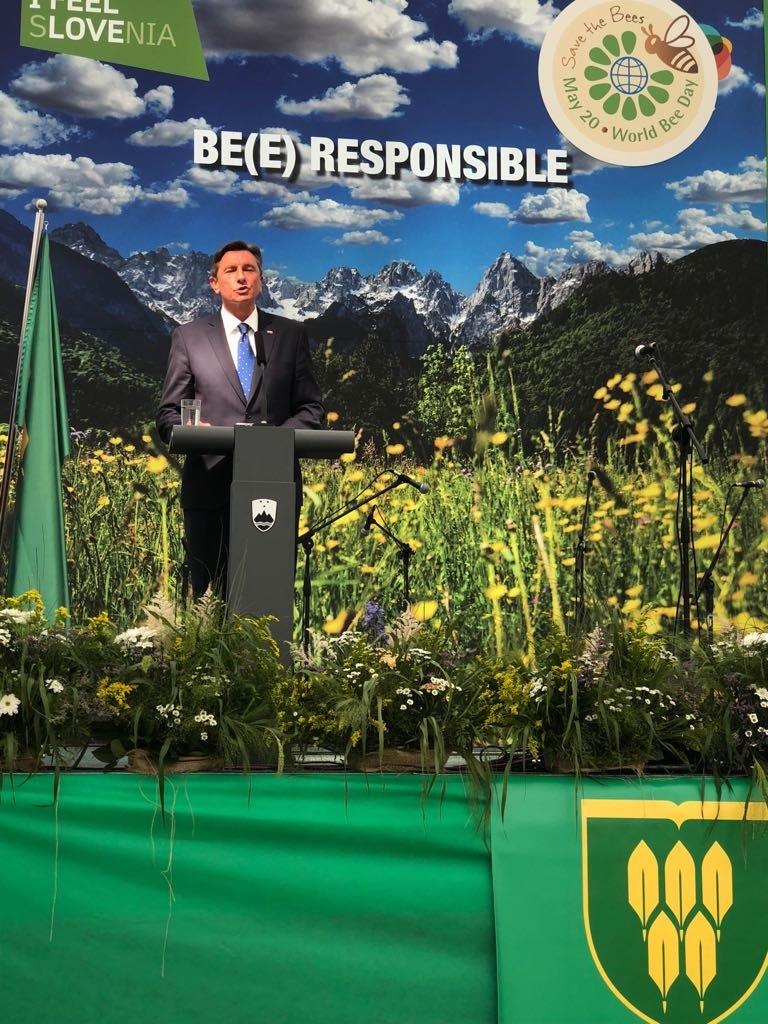 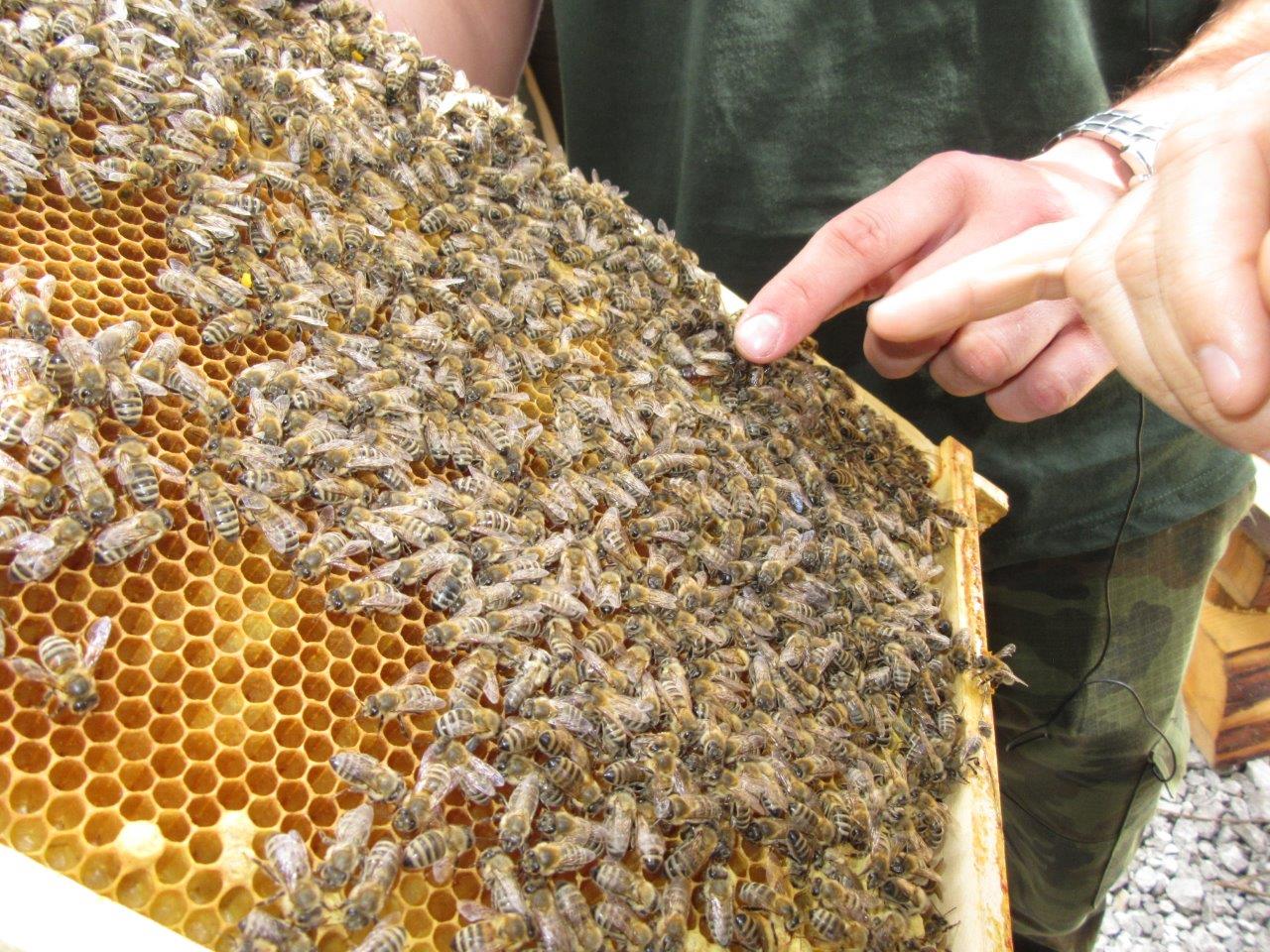 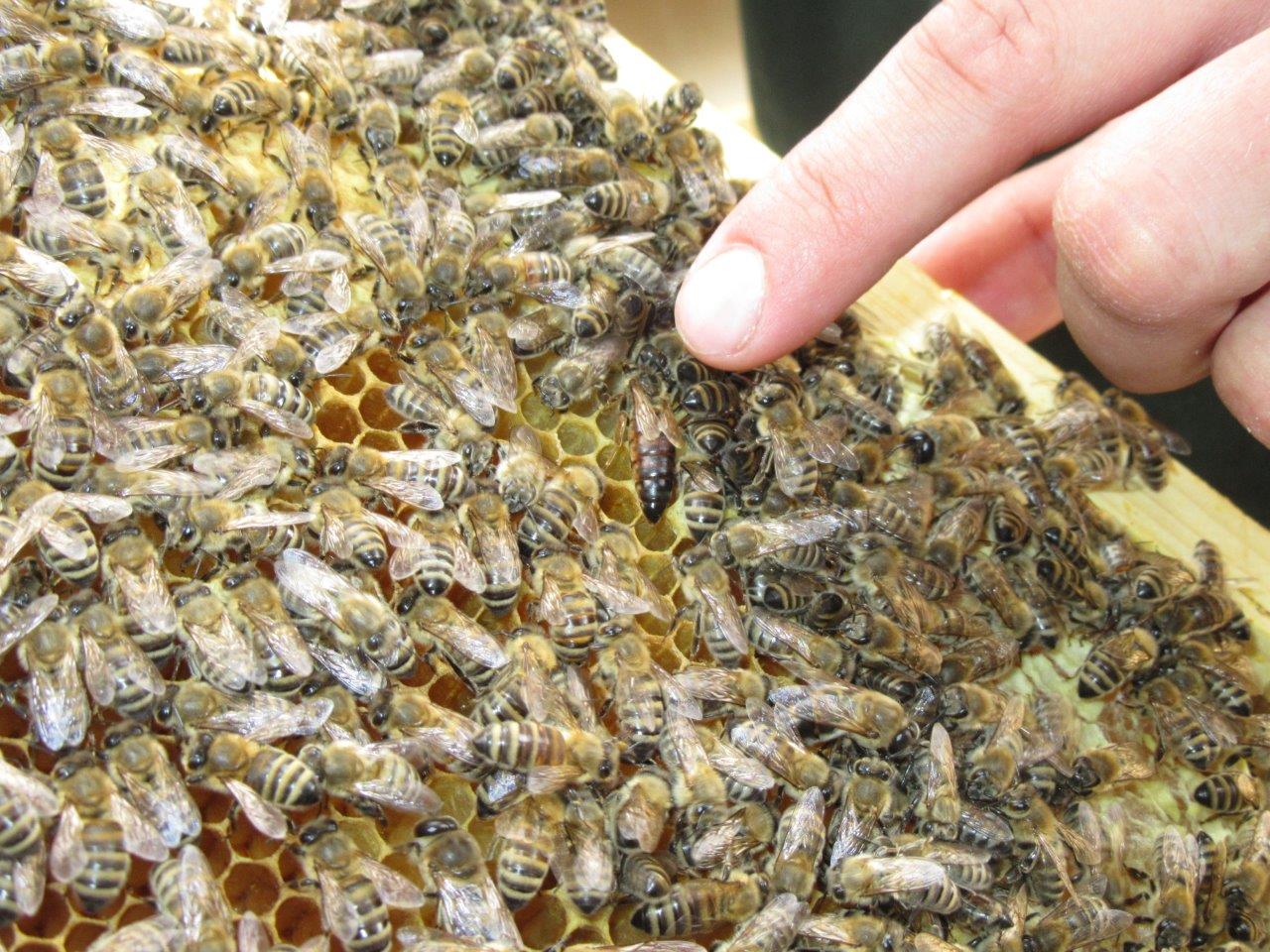 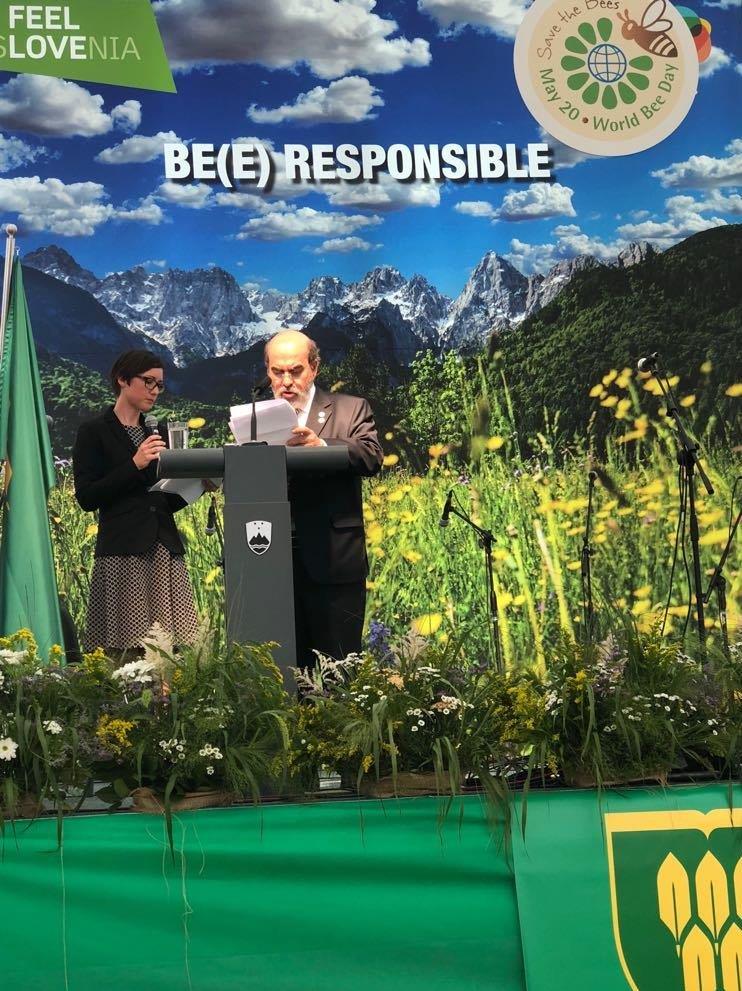 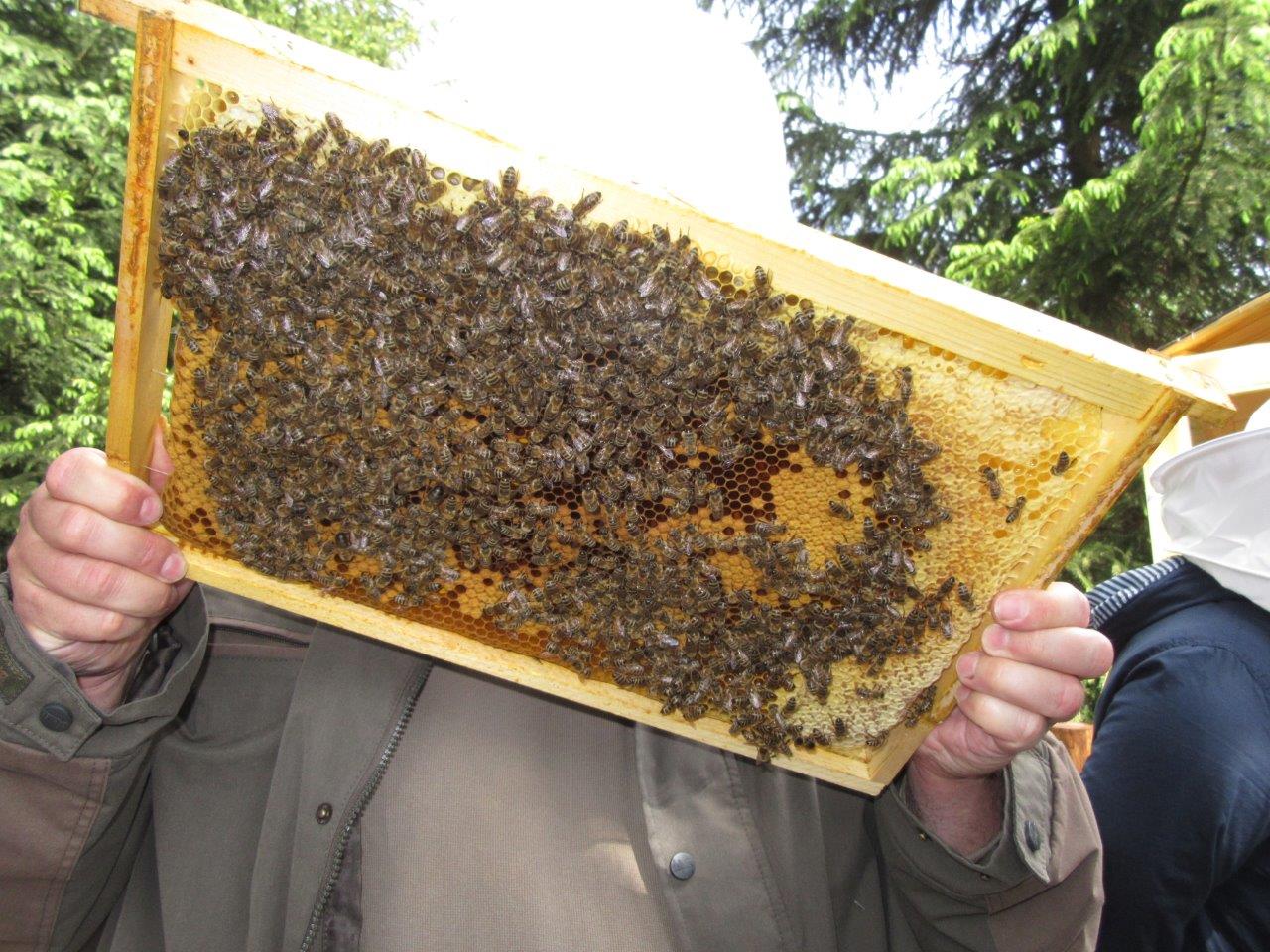